McAdenville is a step back in time and into the future. Where living simply and splendidly is accomplished with the heart of an entire community behind it. Where traditions are coveted and progress is welcomed with open arms and a can-do spirit. Where neighbors become friends and memories are made. It is a place that is calling you to belong because of your longing for stress-free living. It is the ultimate kind of giving to yourself and of yourself because everyone deserves a special place to call home. 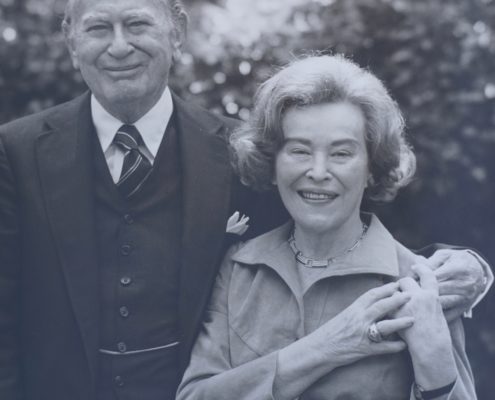 The preservation of McAdenville, a town cherished by so many people through the years for its unique mix of innovations to secure its future and traditions to respect the past, is attributed to Mr. and Mrs. Pharr’s legacy of caring and sharing within the community.  The Pharr’s dedication to McAdenville inspired their future generations to keep this strong sense of community and family values close at heart. Today, the Carstarphen family continues to be visible and supportive members of the town and its treasured traditions while remaining committed to the continued success of their family-owned and operated business, Pharr a Family of Companies.

A Legacy of Lights

It’s fitting that the town that drew neighbors from counties throughout the region to admire its electric lights in the 1880s would be the town that draws more than 600,000 visitors worldwide for its holiday lights today. Branded Christmas Town USA in 1993, McAdenville’s 26 days of holiday splendor was inspired by the McAdenville Men’s Club when Bip Carstarphen and fellow members decorated nine trees around the McAdenville Community Center in 1956. With each holiday season, through the leadership of Mr. and Mrs. Pharr, the lights continued to shine in traditional holiday colors of twinkling red, green, and white on more trees. As members of the community decorated their homes, the company strung lights on all the trees and added displays of holiday merriment. Festivities were added to the holiday tradition with the Tree Lighting Ceremony kicking off Christmas Town USA in 2000. In 2011, Christmas Town USA was named one of the Top 10 places to visit at Christmas time by Yahoo and has received national and international acclaim. The first light occurred in the form of the Yule Log Parade, which began in 1949. Children still pull the ceremonial log on a sled through the town, accompanied by townspeople and a brass band playing Christmas carols, to deliver it to an open fireplace in Legacy Park where it is lit to add to the warmth of the season. 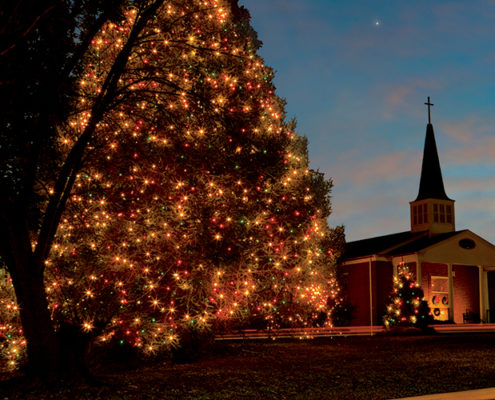 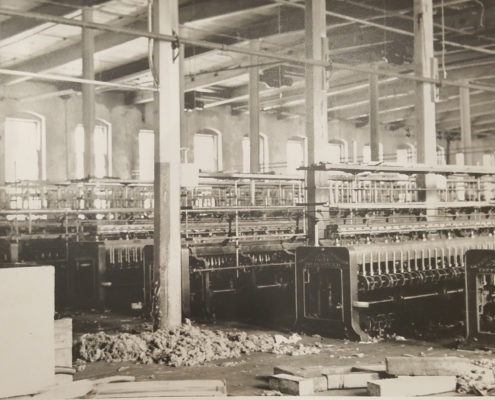 A Textile Village Springs to Life

McAdenville was destined to become a vibrant textile manufacturing center with its flowing rivers and acres of cotton all around. It just took the pioneering vision of Rufus Y. McAden to make this a reality. With the Atlanta-Charlotte Railroad laying tracks in 1873, McAden purchased the land along the South Fork of the Catawba River in 1880 and then chartered the Springs Shoals Manufacturing Company in 1881. The town was planned around the cotton mill with houses built to attract workers from the mountains and surrounding area. A company mercantile was established along with wheat and corn mills, a town library and phone lines to enhance the quality of life of the workers. In 1883, the town was incorporated as McAdenville and the company became known as McAden Mills.

Situated along the South Fork River, just west of Charlotte, NC, McAdenville is overflowing with opportunities for business, living and visiting as the Town celebrates its rich history while embracing the promise and advantages of todays time.

About McAdenville
Scroll to top